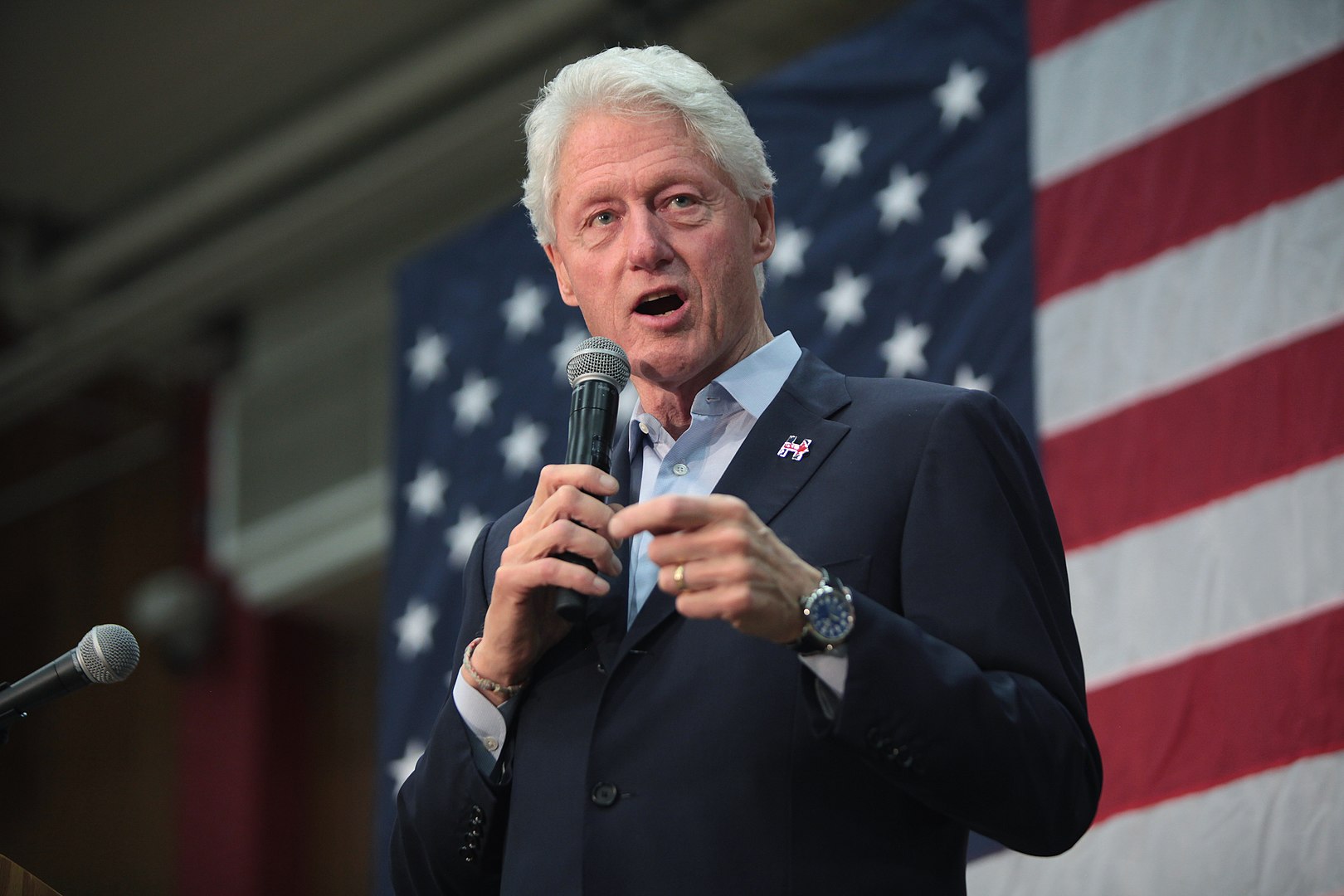 IN JAMES BALDWIN’S ACCOUNT of the Atlanta child murders of 1979-81, The Evidence of Things Not Seen, he recalls a dreadful earlier moment from 1964. The swamps and creeks of Mississippi were being dragged for the bodies of Schwerner, Chancy, and Goodman (done to death by the political ancestors of Bob Barr), and the search parties kept turning up corpses. Examinations proved that these were not the cadavers that the authorities were seeking. It took a while for the subject to change, or at least for it to change enough for someone to exclaim: Wait a minute! What are all these other bodies doing in the swamp?

It is one thing to say, with reasonable confidence, that the Oval Office is currently occupied by a war criminal, a rapist, and a pathological liar. It is another to ponder the full implications. If half of what one knows about Clinton’s business deals and date-rapes is half-true, then he has been going through political life for years, aware or quasi-aware that any or every telephone call might be the one he has been dreading. That’s more stress than most of us could take. Only a certain kind of personality could be expected to endure it. You can find this under the simpering liberal inertia of “Comeback Kid,” or you can check it in a taxonomy of an entirely different kind, where the key phrase is “Threat to self and others.”

Almost no allegation ever made by a woman and denied by him has proven to be untrue.

It seems to me morally feeble, as well as intellectually slack, to split the difference between Clinton and Broaddrick or to characterize her allegation as unprovable. The feeblest summary of this compromise is contained in the lazy phrase “he said, she said.” In the case of the “he,” we already know he is a hysterical, habitual liar. We also know that almost no allegation ever made by a woman and denied by him has proven to be untrue. And we know that ex-girlfriends have been subjected to extraordinary campaigns of defamation, amounting in some cases to intimidation, merely for speaking about “consensual” sex. What allegation could be more horrific than that of rape? And yet, “he” hadn’t said anything yet. If I were accused of rape and the woman making the charge was a lady of obvious integrity, I would want to do better than have a lawyer speak for me and make a routine disclaimer (especially a lawyer, in this case, the pathetic figure of David Kendall, who had not even met me at the time of the supposed crime). Asked by NBC to say where Clinton had been on the morning in question – a fact easily established in the life of a state attorney general – the White House declined cooperation. I would have wanted to do better than that, too.

A provisional but by no means unsafe induction, then, is that Broaddrick is speaking the truth.

So much for the “he said.” What of the “she”? If the allegation is false, then Broaddrick is not just getting her facts wrong. She is deliberately fabricating one of the most damning charges that any one person can make against another. She must be a wicked or deluded or malicious person. There seems no escaping this corollary conclusion. There also seems no reason at reaching for it. Where is the famous Clintonian rapid-response team? Has it no pride? Can it not find or produce any shadow of a doubt to cast on Broaddrick’s character? I think that if it could, we would know by now. Furthermore, a woman who groundlessly makes such a charge may be, and in my opinion ought to be, proceeded against for slander and wasting police and legal time. No hint of that.

A provisional but by no means unsafe induction, then, is that Broaddrick is speaking the truth. Questioned fairly closely by NBC’s Lisa Myers, she and her contemporaneous corroborative witnesses were easily able to answer the questions about silence and delay. The victim felt guilty for letting an unchaperoned man into her room, even if he was the attorney general. In a banana republic like Arkansas, allegations against powerful men were believed to have potentially unpleasant consequences. The victim was also having an extramarital affair with a man she hoped to marry. She did not want to be exposed, and she did not expect to be believed. Finally, and very importantly, she didn’t “go public.” She was made public. The feminist movement has taught us to recognize this pattern of response as a familiar and intelligible one. (How sad it was, by the way, to see Patricia Ireland changing her mind at this late stage. Doesn’t she know that she has lost something that she can’t ever hope to retrieve, and has lost it to Clinton?)

I also know of three other women who could, if they chose, lay a charge of assault against Clinton, which makes him a serial rapist.

Perhaps I won’t be taken as an authority on the moral credibility of the feminist leadership. But something ought to be said about the honor of the male sex in this business. It has been disgusting, all through the past year, to hear Clinton defended as homme moyen sensuel. “Everybody does it…all men lie about sex…a gentleman is expected to lie.” One reason a gentleman may be obliged to lie is to protect the reputation of the woman. Clinton has lied in order to trash them. I don’t have any male friends who say that it wasn’t “sex” because the woman got nothing out of it (the gallantry defense). I don’t have ay male friends who hump the help and then (with the assistance of paid slanderers) call them liars, golddiggers, sluts, and blackmailers. I don’t have any male friends who have been plausibly accused of rape, either, though I do know several women who have been sexually assaulted and decided not to go public. I also know of three other women who could, if they chose, lay a charge of assault against Clinton, which makes him a serial rapist. This puts him, in male terms, way outside the limit of what can be tolerated. I see him on television all the time, biting that fat lip of his, and now I have an additional reason for the powerful nausea I have always felt. I imagine his teeth in Juanita Broaddrick’s lips after he’s told her to lie still or he’ll bite her again. But hey, it’s time to move on. So forget it. Forget it if you can.

This article was originally published with the title ‘The Clinton Swamp’ by Christopher Hitchens in his column The Minority Repost at The Nation on March 29, 1999.