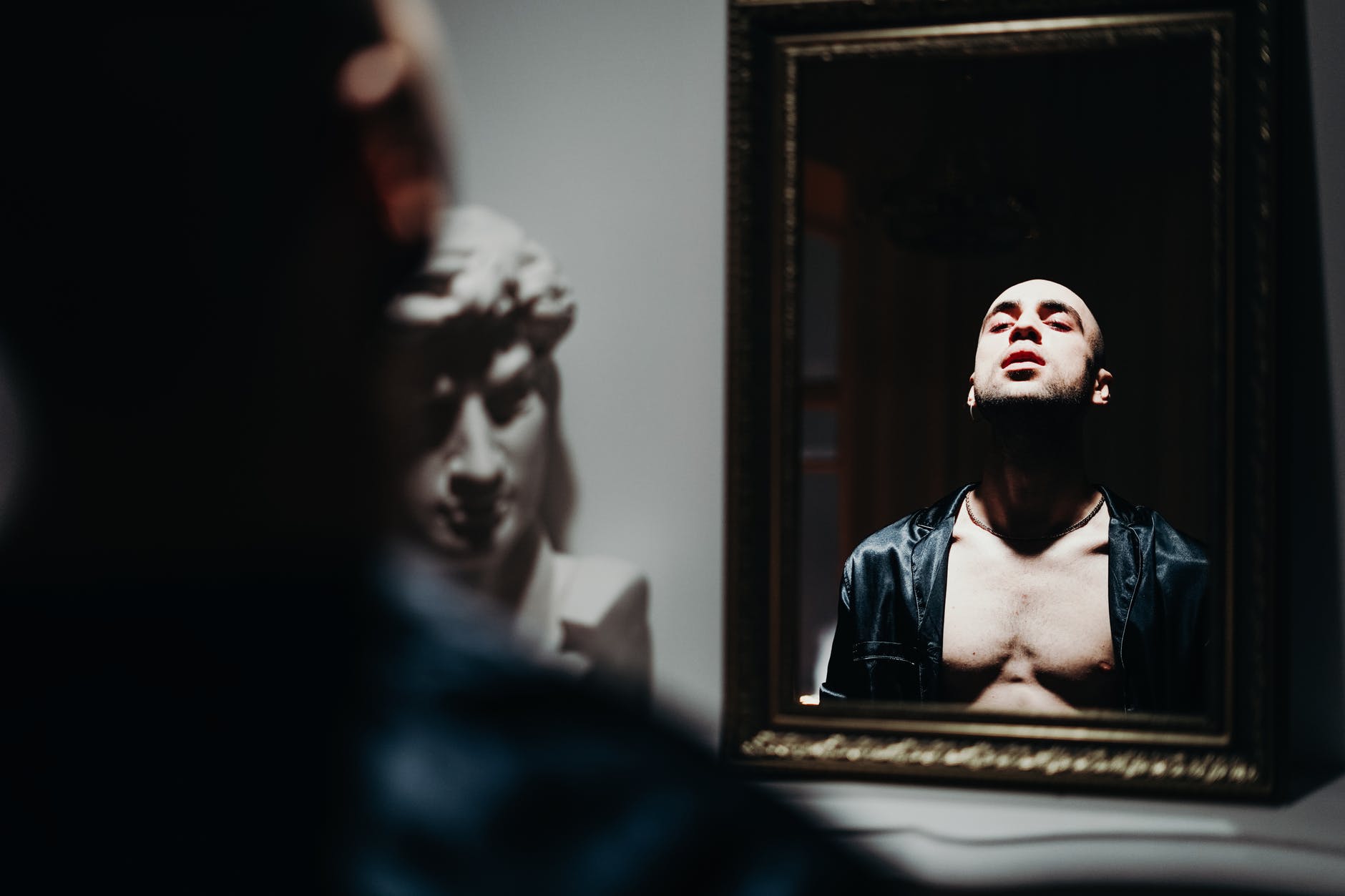 LIKE A GROTESQUE MASK reflected in a pool, narcissism has two faces, neither of them attractive. Narcissists have an inflated sense of self-worth, seeing themselves as superior beings who are entitled to special treatment.

However they also tend to be thin skinned, reacting angrily when their unique gifts are challenged or ignored.

This combination of high but easily undermined self-worth might seem paradoxical. A positively viewed self would be expected to be a happy and secure self. To understand the paradox we need to parse the complexities of self-esteem.

The main thrust of early research on self-esteem – the broad positive or negative evaluation of the self – explored the implications of its level.

People with higher self-esteem were compared to those with lower, and were generally found to report better life outcomes. High self-esteem people tended to be happier, healthier, more successful in love and work, and more resilient in the face of adversity.

On the strength of such findings, self-esteem came to be seen in some circles as a panacea of all manner of personal and social ills. If we could only improve people’s self-esteem, we might remedy their suffering and underachievement.

In the 1980s the state of California set up a self-esteem task force to promote that cause.

Unfortunately, the self-esteem bandwagon was sideswiped by some troubling research evidence, presented in an influential review published in 2003. Studies commonly showed that high self-esteem was a consequence or side-effect of life success rather than a cause.

Enhancing a person’s self-esteem would therefore no more increase their performance at school or work than applying heat to a light bulb would increase its luminance.

One way to reconcile this ambivalent picture of high self-esteem is to recognise that it is not only the level of self-esteem that matters. We also need to consider the consistency and stability of self-esteem.

These two alternative ways of thinking about high self-esteem have been recognised by psychologists as “defensive” and “fragile” self-esteem, respectively.

People with defensive self-esteem evaluate themselves positively by questionnaire, but negatively when their automatic or non conscious self-views are examined. Their positive self-views are inferred to be defences against lurking insecurities.

The self-views of people with fragile self-esteem are prone to fluctuate, dropping sharply when they encounter difficulties because their self-worth lacks a firm anchor.

These two forms of self-esteem help to make sense of narcissism. There is evidence narcissists tend to have higher than average levels of self-esteem, but that these levels are to some degree defensive and fragile.

Below the shiny surface of their arrogance and grandiosity, narcissists often view themselves less positively. Their inflated self-image also tends to deflate rapidly when punctured by evidence that other people do not share it.

The dynamics of self-esteem among narcissists are well illustrated in a recently published study by a team of German and Dutch psychologists. The researchers examined the facets of narcissism and linked them to the level and stability of self-esteem in a series of laboratory and field studies.

The studies spring from a model that distinguishes two key components of narcissism. “Narcissistic admiration” refers to assertive self-promotion of a grandiose self-image. People high on this component may be charming, but it is a charm that gradually loses its lustre as the person’s unquenchable appetite for admiration becomes apparent to others.

In contrast, “narcissistic rivalry” is the tendency to react antagonistically to perceived threats to the narcissist’s egotism. People high on this component are fiercely competitive and prone to denigrate those who challenge their sense of superiority.

The two components are only moderately related, so narcissistic people may be substantially higher on one than the other.

By implication, narcissists scoring high on both admiration and rivalry would show the familiar toxic combination of high but fragile self-esteem.

In addition, when self-esteem dropped from one report to the next, these drops were greater among people high in rivalry. A follow up study showed that these people were especially likely to experience drops in their self-esteem on days when they felt less liked by their peers. A perceived lack of social inclusion is particularly bruising to the self-esteem of people who see others as threats to their sense of superiority.

This research shows that narcissism is not a unitary phenomenon. In the words of the researchers, it involves a self that is “puffed-up but shaky”. Such a self may be unpleasant to others, but it is fundamentally a vulnerable self.

Editor’s Note: This article was originally published at The Conversation and is republished here under Creative Common License.