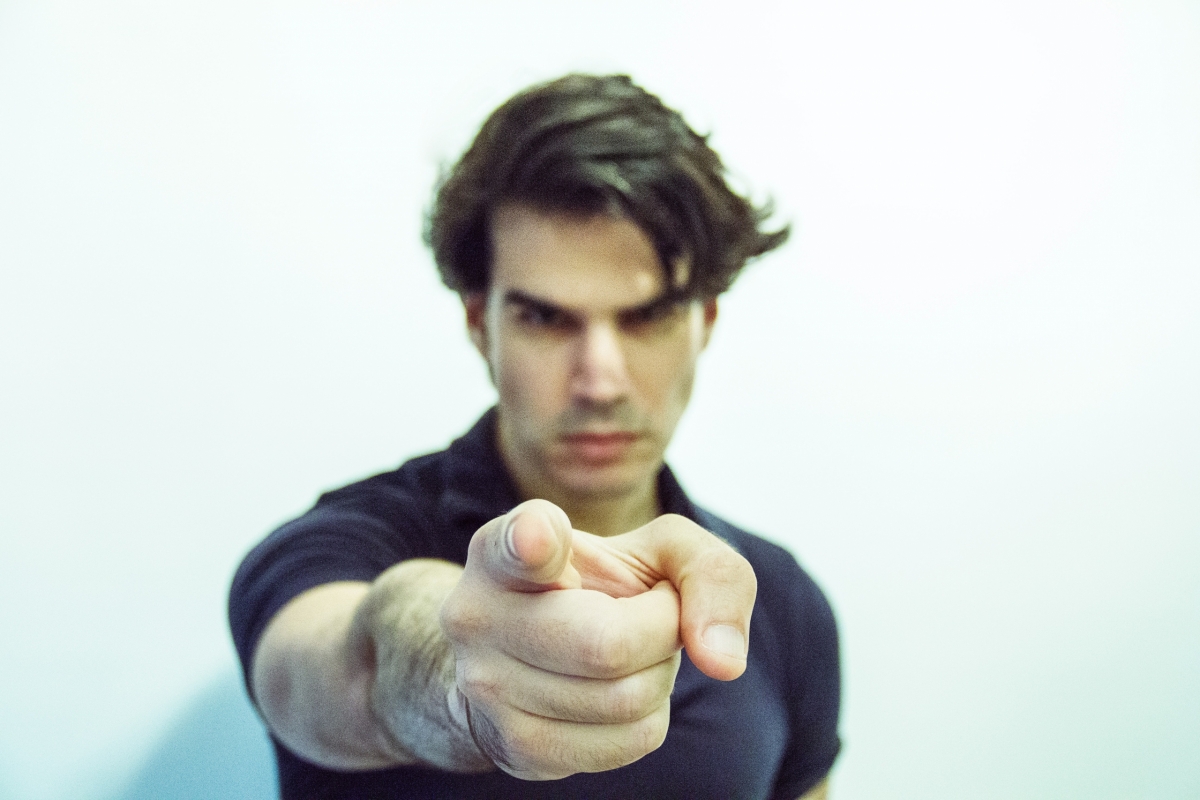 SOMETIMES IT CAN SEEM as if narcissists possess such extraordinary manipulation skills they appear to bend reality to their will.

This is made painfully clear when they inflict harm on someone and, astonishingly, escape accountability by flipping the script and blaming the person they’ve wronged.

Narcissists are expert at erasing the pain they cause from the narrative. They wipe their hands clean by projecting their malice, aggression and treachery on to the target.

The more malignant a narcissist is, the less of a conscience they have. This makes them able to blame the survivor with such ease and skill that, once the narcissist has spun their web of deception, the survivor appears to be the aggressor and the narcissist their hapless victim.

In many cases, survivors are left reeling as their abuser blithely revises the fact of their aggression, twisting the truth into a narrative that bears no semblance to what actually transpired.

This is because narcissists have mastered a tactical maneuver that effectively grooms individuals and, indeed, entire social groups by controlling their perception of events.

The name of this strategy is DARVO.

DARVO is an acronym for Deny, Attack, Reverse, Victim and Offender. It is a defense mechanism used by manipulators to evade accountability for the abuse they inflict on others.

The term was first presented in a 1997 article by Jennifer J. Freyd, Ph.D., Professor of Psychology at the University of Oregon and founder of the Center for Institutional Courage.

According to Dr. Freyd, “The perpetrator or offender may Deny the behavior, Attack the individual doing the confronting, and Reverse the roles of Victim and Offender such that the perpetrator assumes the victim role and turns the true victim – or the whistleblower – into an alleged offender.”

Denial is used by the abuser and bystanders in their clique. It usually sounds like:

At the local level, this strategy is common among perpetrators of sexual offenses, psycho-emotional abuse, and domestic abuse. DARVO is a regular feature of coercive and controlling behavior.

At the structural level, Dr. Freyd refers to this tactic as institutional DARVO.

Who gets targeted for DARVO?

For DARVO to occur a power imbalance must exist. It is most effective when the abuser has more social capital than the survivor.

People who are likely candidates for DARVO are:

What is the purpose of DARVO?

The DARVO tactic serves many purposes.

Thus, the abuser is able to craft a scapegoat story which is used to cultivate biases against the target and rally bystanders to their cause.

“This occurs, for instance, when an actually guilty perpetrator assumes the role of ‘falsely accused’ and attacks the accuser’s credibility and blames the accuser of being the perpetrator of a false accusation,” explains Dr. Freyd.

In a DARVO climate, no amount of evidence will suffice as proof of the abuser’s transgressions. The target will not be believed within a social circle that has been groomed by a narcissist, psychopath or other manipulator. On the contrary, the target will be subjected to a terrifying campaign of victim-blaming by the group.

Once the abuser has successfully secured the bystanders’ support and conditioned them to perceive the survivor as the perpetrator, the clique collectively subjects the survivor to the merciless process of scapegoating.

If the survivor lives through it, they are usually driven into isolation and social death. Other outcomes can include homicide or death by self-annihilation. The narcissist, psychopath or manipulator’s endgame is the complete destruction of the target.

DARVO as a collective grooming tactic

The cognitive distortions created by DARVO cultivate an ecosystem of moral corruption. Members of the peer group are encouraged by the narcissist to engage in polarized or black and white thinking.

The group’s empathy for the narcissist is weaponized and used to encourage negative biases about the recipient of the abuse. Narcissists, psychopaths and other manipulators do this in order to ensure that members of the dominant clique become indifferent and callous about the betrayal of the survivor.

The desensitization of the group opens the door to the objectification of the targeted individual and once this is accomplished every kind of violence becomes acceptable.

Examples of this can be seen in manifestations of anti-semitism, racism, sexism and homophobia.

Why do bystanders participate in collective betrayal?

According to Dr. Freyd betrayal blindness is a survival mechanism that arises “when awareness would threaten necessary relationships.”

In other words, bystanders yield to betrayal blindness in the interest of looking out for themselves and to avoid the loss or pain they might risk if they sympathized with the target.

They assign more value to their relationship with the abuser so it follows that it’s in their best interest to empathize with the narcissist not with the survivor.

In fact, in many cases bystanders may stand to gain more social capital if they lend their support to the narcissist. So it is usually a combination of greed for gain and an instinct for self-preservation that eclipses any ethical or moral considerations in the bystander.

In other words, members of the clique adapt to conflict within the group by “turning a blind eye,” to the harmful behaviors of the narcissist.

The longterm effects of DARVO on survivors

Many survivors feel psychologically obliterated by the trauma of experiencing DARVO. It can have disastrous consequences for the survivor’s mental health. For example, it can cause severe anxiety, panic, depression, and post-traumatic stress which, in turn, can adversely impact the survivor’s physical wellbeing.

DARVO invalidates the survivor’s lived experience. It inflicts further pain and suffering as the wronged party is cheated out of any measure of justice. Instead, in addition to the original violation, survivors are persecuted and blamed in spite of the fact that they are the wronged party.

Rejection from their peers and the narcissist’s immunity to being held accountable is a constant cascade of salt poured in the survivor’s wounds, causing them to be repeatedly re-traumatized.

Learn more about DARVO with Dr. Freyd in their lecture ‘Institutional and Interpersonal Betrayal.’